Growing up in rural, Southeast Idaho – I had very little exposure to people of different skin color, ethnic background or cultural difference.  Because this was my reality, I knew there were people who looked different than me, but I didn’t think I had any opinions of them in general.  I guess “white” was what I was, and other skin colors didn’t really matter.  I had a few friends through the years that had black skin and a few Hispanic friends, but I grew up in a white world.  When I saw segregation because of skin color, I didn’t understand all the issues.  In my mind I believed I had no prejudice, but then I had an experience that made me realize how the things I had seen on TV formed a deep rooted belief that shocked me.

It was to be my rodeo debut.  Leslie and I had just graduated college, sold all we had, bought a truck and camper, and headed to Portland, Oregon’s new, colosseum – “The Rose Garden”.   We arrived early and wanted to nap, so we decided to pull in to the parking area under the colosseum.  Just as we pulled in, we saw a group of about fifteen African American people walking towards us.  I panicked!  I was sure this was a gang, and we needed to get out of there fast.  I threw the truck in reverse and slammed right into a concrete pillar.  We fled the scene as fast as that old dodge diesel could go.

Our audience must have thought, “What’s wrong with that guy?”  I literally destroyed our new “home” (the camper) and left there like the building was on fire.

Knowing what I know now, I imagine it was just a group of people possibly headed to work.  But to me, I had only seen a few people in my life that weren’t like me and somehow through media I had a hidden perception that saw a group of black people being dangerous.

The more the Holy Spirit showed me about the episode, the more I realized some of my preconceived thoughts about people.  Anyone who was not like me was a threat.  Basically, I felt comfortable around middle class (economic status), white (race), non-denominational Christians (religion), males (gender) that weren’t fat (appearance) and were cowboys or country people (demographics).

The bottom line – I had limited to only honoring people who were like me.  I had shut myself off from all the beautiful expressions of the God of creation.  I had limited myself from the diversity of an eternal God who loves variety and He was inviting me to enjoy all of His people.

Today, I desire to honor all people for their strengths, differences, backgrounds, cultures and journeys.  I ask you to allow the Holy Spirit to examine your heart as He continues to examine mine, and let love heal as you see people through the eyes of Jesus.

And hopefully you can get this revelation without wrecking your “home”… 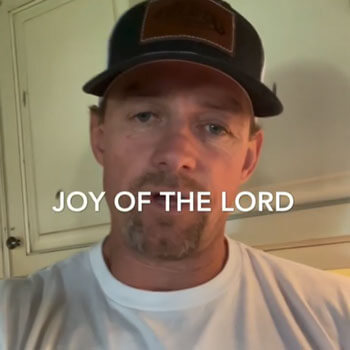